The entrance to Perseverance Works is 25 Hackney Road, E2 7NX.

The Carshalton Water Tower is a unique Grade II listed building in the grounds of Carshalton House in Surrey.

A charity called the Carshalton Water Tower & Historic Garden Trust maintain the building and grounds and is run purely by friends, volunteers and trustees.

When a former volunteer, Bob Steele, recently passed away, it was discovered he had left funding to have an architectural model built of the grade II listed water tower.

We were delighted to be given the project and made a cross sectional 1:20 scale model that is exhibited in the elegant orangery reception area of the tower. The model helps tell the amazing story of this unique early 18th century folly, as well as being a fund raising aid. And of course, it remains as the legacy of volunteer and steward Bob Steele. 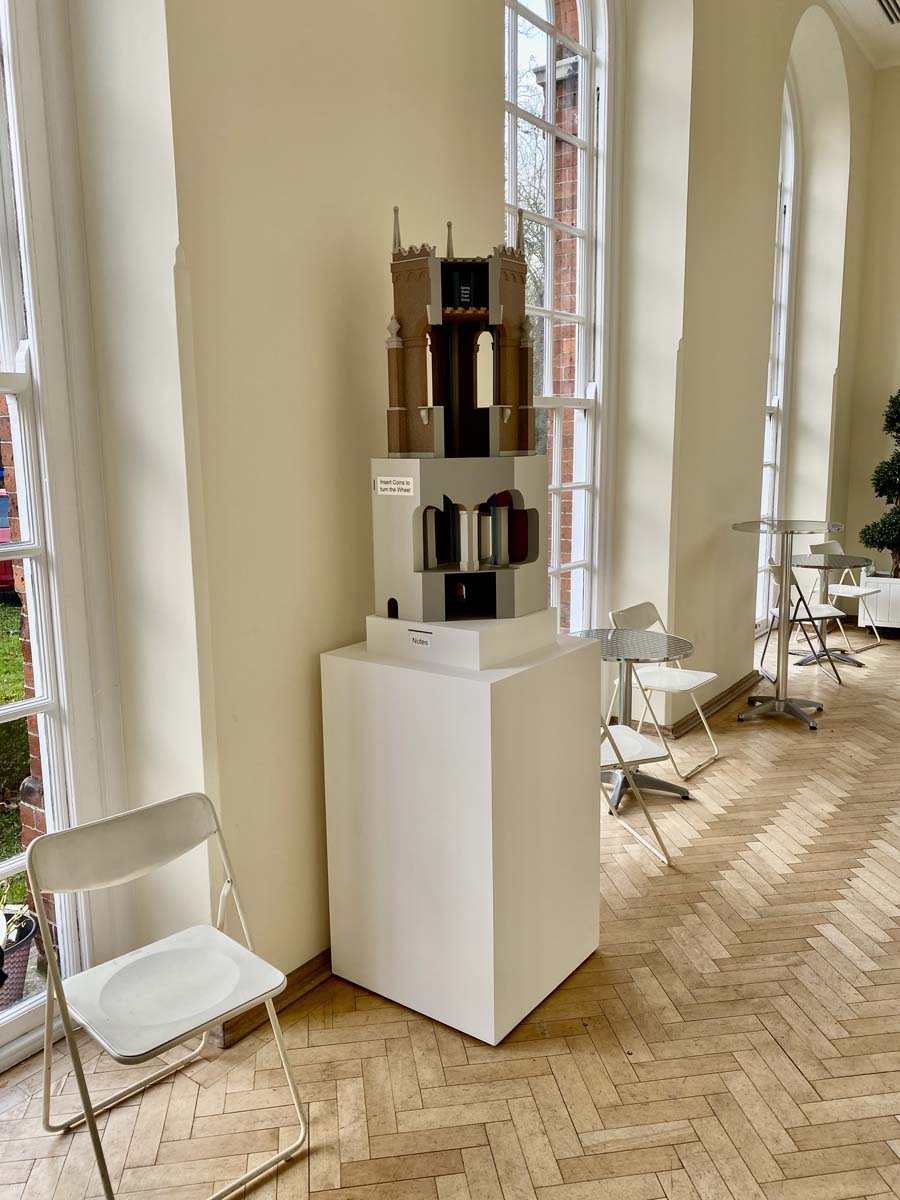 History of the Water Tower

The Water Tower was built by Sir John Fellows, between 1717-20, as a pavilion for entertainment and to supply fresh spring water to his adjoining mansion, Carshalton House. 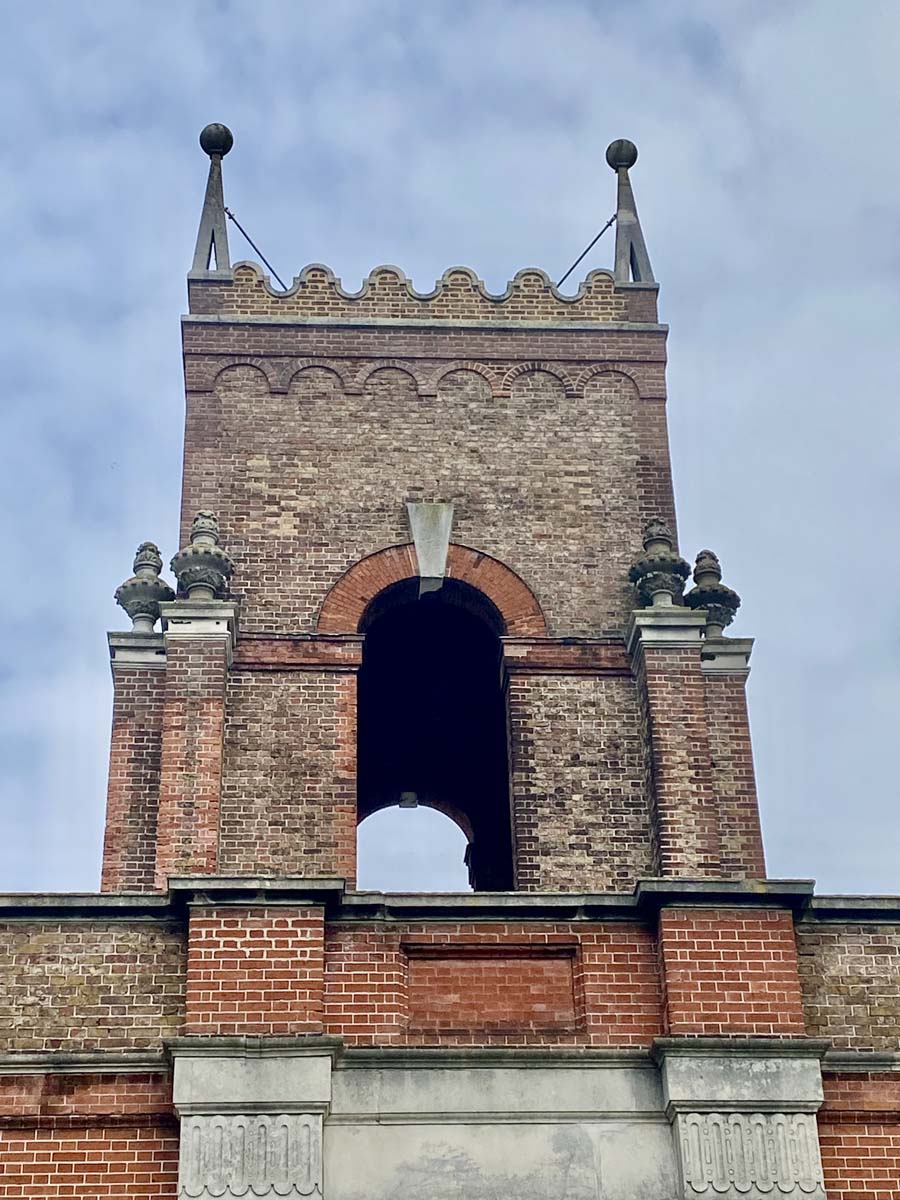 Inside the Water Tower there is a suite of rooms that were used for both domestic and social functions; the elegant orangery, a saloon, a bathroom that is lined with early 18th century Delft tiles with a large plunge bath, and a robing room.

As well as being a folly, the Tower was fully functional. By using pumps powered by the water-wheel fresh spring water (that rose just below the pump chamber floor) was fed up to a cistern tank housed at the top of the tower. Then by using gravity the water naturally fell and was guided via a pipe to the rooms in the mansion (which is now part of St Philomena’s Catholic High School for Girls). 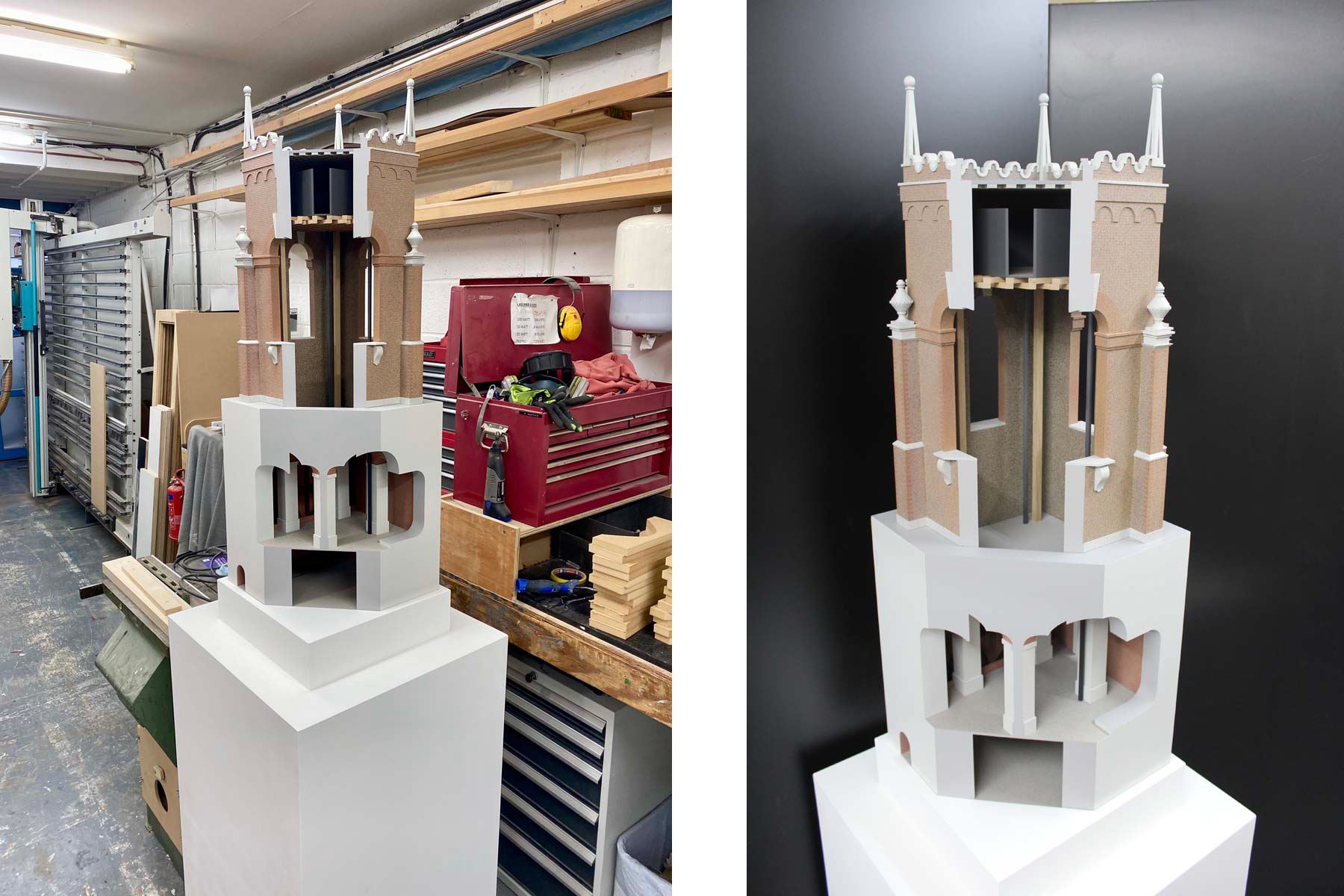 Our 1:20 scale model shows a cross-section through the industrial part of the building, showing the pump chamber, sump and tank.

Initially we worked from an original sketch provided by the Carshalton Water Tower & Historic Garden Trust. But then in order to draw the whole thing, we decided to visit the site in person to take photos and measurements of the tower itself.

We laser engraved, and laser cut everything apart from the urns that were 3D printed.

The idea was to give the impression that the tower was new and in doing so the colouration became quite a challenge. We first worked from a general impression of the shade and then coloured the trim and arches so they were a redder colour.

It was a time consuming exercise but had become a complete labour of love.

To make the model interactive and add an element of fun, we constructed the mechanics of the water-wheel so it spins at the drop of a coin.

About The Friends of Carshalton Water Tower

The Friends were formed in 1992 to open the listed Grade II Water Tower to the general public, maintain it and raise funds for restoration work, which was vital.

In 2002 the Friends took on more responsibility when the owners of the site, Daughters of the Cross of Liege, wanted to leave. At this point they signed a 99 year lease and formed the present charity, the Carshalton Water Tower & Historic Garden Trust.

As well as the water tower, they charity now maintains and restores the whole site including the garden follies, the Grade II Hermitage, Sham Bridge and the 18th century landscaped gardens and lake.

The Trust is absolutely devoted to the conservation of the site and continue to organise events and special openings to raise money for the upkeep of the historic buildings and surrounding gardens.

We like to think, our model plays a small part in helping them along their way.

For more information go to https://carshaltonwatertower.co.uk